astrology, Leo on the Ascendant 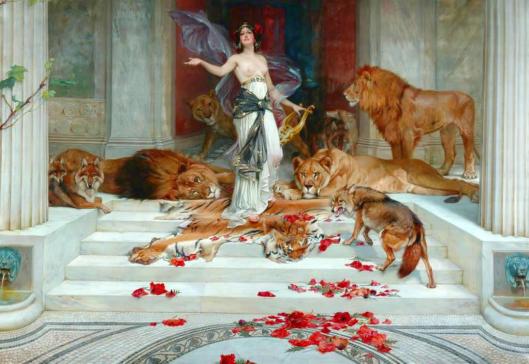 This continues our look at signs on the Ascendant, as first shared in ECLIPSE:

Leo is a radiant sign, and on the Ascendant, the individual typically glows (or roars, when angry!) That’s no surprise to anyone, I think, but what can be surprising is how sensitive Leo is; rarely do they speak without thinking (that usually happens only when by transit or natally Uranus, or sometimes Mercury, is bedeviling some identity factor), which is notable for a Fire sign, where expression is usually more off-the-cuff and often, off-the-handle. The Lion meets the world ready to engage, to do, and the world responds according to its own nature, not Leo’s, which can be confusing for the Lion, especially early in life. Those initial years incarnate may see the Leo Ascendant person lionized and doted upon, ignored, or anything between, with the result that Leo develops deep sympathy, generosity, and empathy from her own experience—whether that’s directed toward herself or others tells us where on the spiritual evolutionary path Leo falls at any one moment. The maturity of Leo’s response to life is directly determined by 1) whether she is able to take full responsibility for her experiences, and 2) whether she is able to fathom that others are not and never will be under her control, obligated to do as she desires, and/ or counted on for what Leo needs. One of the Lion’s biggest surprises in life is that others are not the same as Leo—they have different values, wants, standards, morals, ethics, and loves—and it’s in learning, accepting, and finally respecting this that Leo comes into her own. 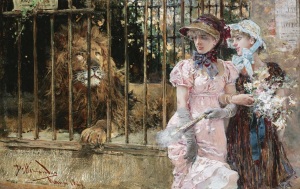 To those observing Leo, he can look like the most talented, loving, or amazing person in the room, or the most conceited and Self-absorbed; it all hinges on the onlooker’s own nature, and this means that Leo can appear drastically different to any number of others observing him at the same time. This, however, doesn’t affect the view of Leo as he looks from the inside out; his viewpoint is consistent in that he’s concerned with the quality, vibrancy, and fulfillment of the life force, first for himself, and then as he matures, for everyone. Whine, shout, or sing, Leo will always let us know what she or he needs; the big lesson comes in learning how to get it.

The Leo Ascendant can be aggressive when she feels her own image of herself isn’t being respected by those around her. It’s one of Leo’s biggest flaws: believing that she can and should control how others think of her. She doesn’t move forward, and doesn’t contact the world effectively, until she realizes that understanding others must be her goal, rather than correcting them–that’s when the lion’s natural generosity blossoms, moving from something done to enhance her own image in her own eyes, to something done out of Leo’s abundance of compassion and regard for the individual.

As long as Leo is wrapped up in passion and its display, she won’t embrace the cool intellectual regard of her own situation (a reflection of the opposite sign, Aquarius) that is necessary to put some distance between the Self and the world. Leo typically starts the journey without distinguishing between herself and everything else, but the more she becomes acquainted with each individual’s unique beingness, with the innovative and inventive nature within, and with the sense of understanding and acceptance of the individual by the group that comes as we become more and more familiar with the concept of the Universe as Love, the more she becomes a radiant example of how to live fully and completely.

Leo is likely very early in life to show both her talents and her Purpose to those around her, but it may be some time later that she actually comes to fully understand these in herself. In childhood she thinks she must shine for others; it is Leo’s particular gift/ curse that she can see the great importance of action to establish the identity, of love and enthusiasm and the celebration of one’s unique personal gifts, but that it may take some years (often depending on the kind and quality of love and support and feedback she received in childhood) before she can incorporate these in her daily existence in such a way that she recognizes their presence, and sees them as her right. The Leo Ascendant teaches us to celebrate ourselves, each other, and the life force that flows through every living creature; meet them where they are, and value them for what they can show us about appreciating the very act of being alive.

‘Una of The Faerie Queene’ By Briton Rivière {{PD}}

1 thought on “Your Ascendant Zodiapedia “You Are My Sunshine” Leo”