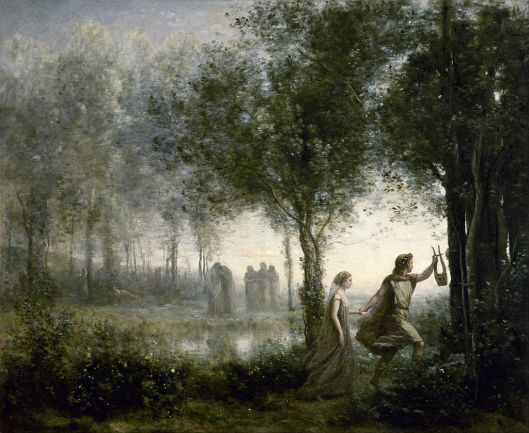 Like everyone else, it seems, I’ve been having some highly unusual dreams of late, so I decided to run down some of the associated asteroids and other bodies, just to see what this might spell out by contacts to my own natal chart. I’ll offer my interpretations, and invite you to see where these might fit in your own chart–I’ll keep details of my nighttime adventures to a minimum; as author John Green (and a lot of other people) have said, “Nothing is as boring as other people’s dreams.”

First we look at asteroid Orpheus, named for the poet, musician, and prophet (that last not until after death, when his still-singing head was thrown into the sea, landing at Lesbos where an Orphic oracle was established). He was known to enthrall and charm (in an almost magical sense) others with his creations and performances; even the animals, trees, and rocks were said to have moved when Orpheus played. He learned his Arts from Calliope, the patron of epic poetry and likely his mother, while his father is said to have been either the King of Thrace or the god Apollo.

Orpheus voyaged with the Argonauts and saved them by blasting his boom box (or however they did it in those days!), drowning out the Sirens’ seductive call. Upon their return, Orpheus married Eurydice; the honeymoon had scarcely begun when she was bitten by a snake and died. Naturally, her husband mourned her with song. He charmed all who heard him, including Charon, the boatman who transports Souls across the river Styx, as well as Hell’s guard dog, Cerberus. His grief was so affecting that Hades chose to grant the disconsolate musician an exception: you can lead your bride out of the Underworld, Orpheus, on one condition, that you will not look back at her until you’re both completely above ground–and Orpheus readily agreed.

We all know what happened: Orpheus had almost reached the surface, and had managed not to look behind him, when he suddenly turned; some versions claim he heard a noise, some that he saw the Sun and wanted to share the moment with his wife, but in any case, she vanished, his mission ending in failure. So what does this have to do with a dream of mine? I was told that I was an Orpheus-like individual in a dream world that was supposed to be the 1920s. There were a number of people in a large, gold-walled room, and I was to round them up and lead them out–and that’s all I remember.

On the day of the dream, the asteroid Orpheus (3361) was at 19 Capricorn 53–within orb to both Pluto 21 Capricorn 11 (another version of Hades, which asteroid was at 5 Cancer 53) and Charon, the boatman, which is a moon of Pluto and travels with it, and asteroid Cerberus at 27 Aquarius 9, with Eurydice (also spelled Eurydike) at 9 Libra 28. The agent of dreams, Neptune, was at 15 Pisces 01.

Orpheus, Pluto, and Charon are all passing through my 12th, sextile my Moon and opposed my Ceres=this suggests an Underworld journey, in the spiritual or emotional sense, one that is meant to re-make the individual, or to be seen as part of a larger, life-death-life cycle–a winter experience, one of loss as part of a larger pattern, or of death or what’s beyond this life, perhaps? Hades is square my Mars=again, the trip to the Underworld, the result of my actions, or because of them?! Hades is the one who offered Orpheus the deal, that O couldn’t see through out of impatience, folly, impulsivity? The dog that guards the Underworld, Cerberus, is square my Venus and sextile my Sedna–maybe being ‘guarded’ keeps out love, or money, but allows the instincts and deep knowing to function without distraction–necessary for such a journey. Eurydice, a stand-in for what’s rescued from the darkness, sits conjoined my Mars=is passage through the Underworld a kind of retreat, necessary to save the Self, or perhaps to save the ability to act autonomously? Maybe. And finally there’s Neptune, in wide quincunx to my Sun=dreams that may disturb, just a bit, in order to reveal something of the Soul. And I’ll throw in one more, Hekate, the way-shower, which is at 23 Cancer, conjoined my Ceres=Mother Nature as guide–I hope she’ll show me more.

6 thoughts on “Orpheus, Or A Voyage to the Underworld”