astrology, Neptune, Neptune through the Houses 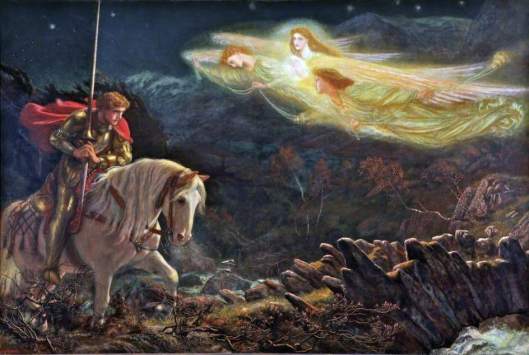 ·         Neptune at the Midheaven can spell ‘c-r-i-s-i-s’ as we lose sight of who we are in relation to the world, can cause others to project an image on us (a glamorous one, one that casts us as Savior, or one that calls us ‘Liar!’ for a few possibilities), or we may actively hide who we are behind a Neptunian drape painted only with characteristics and an image we want others to see. Much of the effect achieved through this contact will depend on how we have been using and processing Neptune up until now; it will likely shake out as a period when we feel extraordinarily helpless in affecting our reputation, or we’ll be totally in command, selling a chosen illusion (this isn’t necessarily a bad thing–think of an actor who bases her or his reputation on an idealized social Archetype).

·         During transit of the 10th Neptune either works powerfully in our favor, aiding us through the impression others receive, or it casts us as victims in some form, making us misunderstood. At this point our spiritual quest is right out in the open, though we quickly become aware of how powerful Neptune is, as well as how the energies are ordered through the unconscious and the Collective, often almost without any awareness on our part. This is typically a ‘make or break’ time for an individual, with it being almost impossible to say what the effects of the transit will be without knowing the particular goals and dreams she or he harbors, as well as what public role she or he is playing; it is safe to say, though, that the effect of the spiritual state on the career will be defined at this time and manifested in creative and unique ways.

·         In the 11th Neptune is right at home, bringing dreams into reality as well as pointing out what illusions have, until now, kept us from achieving them. This is another House where Self-honesty is vital to real progress. The quest in this House is almost self-igniting, putting a flame under even the most unfocused or easily distracted of us. The challenge, though, is that our purpose will be vetted through either taking our own place at the head of the pack (as a leader in our field, say) or expressing as a unique individual doing something entirely (to our own minds) new, and it becomes apparent quickly that in both cases we need a group, to bounce our ideas off of, to lead, to impress, or to whip up into anarchy–and that makes us susceptible to the group’s sway, power, and opinions–not the independent position we might be inclined to at this time. Weaknesses exist in possible deception from friends and through groups, in our own unwillingness to see a long-held dream in real terms, and in the propensity for some to drift and seek escape, once they see that realizing dreams takes real work.

Passage through the 12th works below the surface, or for some shows through interaction with large institutions, through healing or spiritual work, through relief work, or in the meditation or dream life. This is highly individual, running the gamut from completely internal to taking an almost Cosmically large part (but how big can the part really be, in all the Cosmos? a more accurate idea may be ‘to take part without boundaries’) in Universal proceedings. The quest in this House becomes an effort to know the Soul, so that repressed experiences come forward once more, hidden materials surface, denied knowledge is re-awakened, and our relationship to All-That-Is permeates consciousness and every event in life. Can draw the unexpected into manifestation from the unconscious, and so often is a time filled with revealing, surprising, and life-altering events.

1 thought on “Neptune and the Spiritual Quest, Part IV”