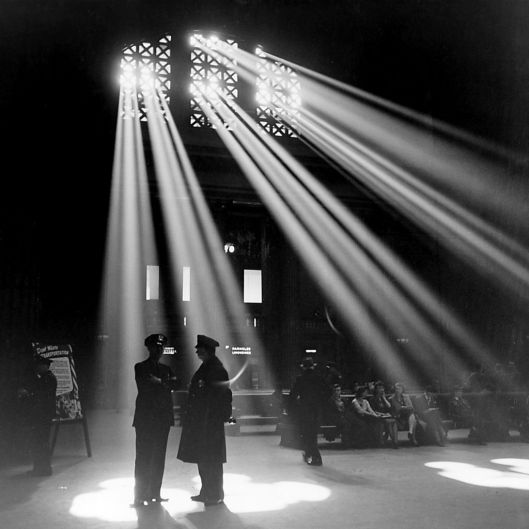 A New Moon forms at 7:42 PM PDT of the 18th at 26 Leo 35, and we know that New Moons foster beginnings; in Leo this can take the shape of a ‘New You’, a new image within one’s own mind or visible on the outside with changes to behavior, efforts, or style, or a fresh approach to one or more of the subjects of the House where this falls in your natal chart. Leo asks us to look at our own effectiveness, the roles we are playing: are we having an impact? Do we shine? Are we drawing the kinds of attention we actually want? The New Moon situation gives us a chance to assess this, or sends us on a quest to find our answers, should the need for review feel new to us.

In this instance the NM comes right after the Superior Conjunction of the Sun and Mercury, suggesting that something related to the Leo energy has reached a peak or conclusion, the message received concerning ourselves and our activities or presentation. Then the NM Fire arrives and sparks new ideas–what arose from the SC leads us to the necessity of a Leonine new beginning, new venture, new Self, that realization or even the launch of the new effort coming with the NM.

We see the New Moon fill in a Fire Grand Trine with Mars and the South Node. Our actions and choices at this juncture may be aimed at correcting, re-working, or trying again something from the past. It takes a new form, of course, one more in keeping with who we are right now, appropriate to our individual evolutionary point (Leo). The Sun-Moon/ Earth axis also forms a T-square with Sedna, implying tension around our ‘blind spot’ and/ or our instinctual nature; in this case the world may be telling us we’re one thing, but what we don’t see but carry within may contradict that, typically on a non-verbal level. That could lead to rejection of the New You presented, a crisis as the individual doesn’t accept what’s reflected back to them. If this occurs it likely means that there’s something we don’t see about ourselves that we are now required to recognize–and likely as not this is a good thing, a talent or ability, something secure or steadfast (Sedna in Taurus) that we have failed to see as our own.

There’s also a semi-square to Venus, which suggests the state we find ourselves in may make for small difficulties or an uncomfortable time in relationships or even financially, not surprising if we find ourselves re-vamping our Self-image. But the closest aspect made by the New Moon is the quincunx to Saturn. This frames the New Moon revelations as needed adjustment to the reality picture. Saturn stands for both reality itself (a cold, unadorned version) and a principle of measurement–more repression or less, stricter rules or more lenient, more Self-discipline or a loosening of strictures? What happens at the New Moon makes clear the need to make this adjustment, specific to the Leonine personal need that’s revealed. Overall, the real-world feedback we receive must be accommodated, but it’s up to each of us to discern how this best can be addressed.

The New Moon is involved with one more configuration, as it forms a base with the North Node to a Finger of God with apex Saturn. This is notable aside from the quincunx alone as it tells us that the adjustments we make will require adjustments to the life direction. Simple as that: as we change, so does our Path.

The Sabian for the New Moon needs no explanation: ‘The Luminescence Of Dawn In The Eastern Sky’. It’s a new day, a new dawn, and each of us gets both a fresh understanding of ourselves and a fresh start, or even a do-over. Embrace it with gratitude.

I don’t normally discuss other factors at the time of a New or Full Moon, as I believe that the event typically exerts a strong but temporary influence that predominates. This time, though, I want to point out a very close quincunx between Neptune in Pisces and Zeus-Juno in Libra, as they’re all within just a handful of minutes from exact and so possibly as prominent in the equation as the New Moon itself. The effect is one of laser-like attention trained on ambitions, goals, and desires, the need for the kind of empowerment that can make them happen. We may become acutely aware of the adjustments needed to open the space (probably emotional or mental) for expression of the creative urge, or of a need to create a means of ridding the Self of deceptive others or misconceptions, or possibly both. It’s a sort of closet cleaning meant to facilitate autonomy, creativity, and the confidence to pursue our goals, particularly to pursue them without having to acquiesce to others.

Oh, and Pluto is retrograding to perfect (by the next day) an opposition to Hygeia–don’t gamble with your health. 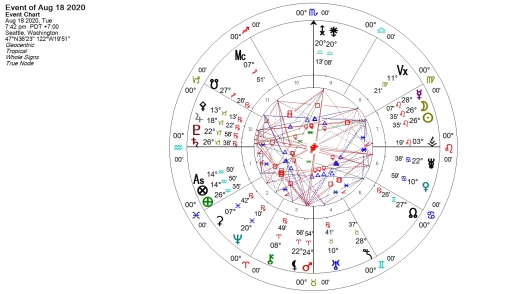