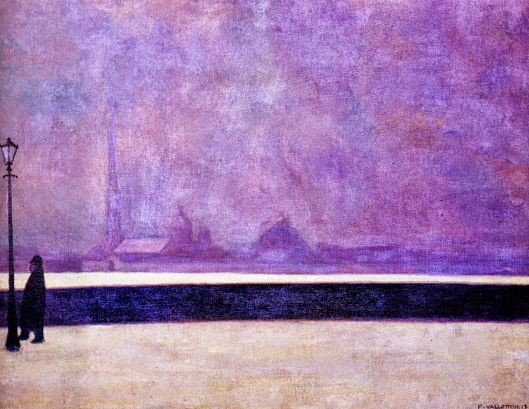 The Full Moon perfects at 9:31 PM Pacific time at 21 Pisces 04. The Earth and Moon have recently conjoined Neptune, and are still within orb of the planet; the FM also occurs sextile Pluto, widely opposed Mars and with large orbs square Jupiter (and so forming a T-square with the latter two bodies). A Full Moon promises endings, conclusions, or the cessation of something, and in this instance, the sextile to Pluto suggests that what occurs either fosters change or arises from it, likely referring to a dream, an ideal, a deception, a misunderstanding, an inspiration, or some other Neptunian factor that comes to an end. The ending may come from conflict with the larger social circle, from facing hard facts, or possibly the ending is necessitated by the intractability of our own beliefs (square Jupiter). Efforts to reach out, publish, broadcast, expand may have met problems, turning our attention in another direction–in this instance, causing us to either shed a dream, or cut through the fog of delusion or deception, seeing at last the hard facts of the matter.

Then again, with Neptune conjoined the Full Moon, what occurs may be hidden, obscured such that we may be forced to act (Mars) without understanding what we’re doing or why we’re doing it (opposition Neptune)–or will we choose to remain frozen, not comprehending what’s happening? The Mars opposition Neptune-FM suggests this inability to know what to do is only compounded by the proximity of Mars to the Sun, the implication being that something else gets the lion’s share of attention, obscuring our choices or actions, or even blocking awareness of our own wants–and so we act or choose unsure of what’s finished or what it means, unsure of our part in it, or our choices going forward. That explanation’s a little confusing on its own, and probably not very reassuring, either, though it is important to know that it all comes down to knowing that we can’t know, we can only try to pick out the shape of things by looking at areas other than those actually creating the impact (the Full Moon). It’s like watching shadows and trying to guess what’s making the shapes; we can be right on, or totally mislead.

One thing of note that may offer some clarity is the Mystic Rectangle in effect, which includes ruler of the FM and the nearly exact Mars-Neptune opposition. Currently this consists of South Node-Saturn, Neptune-Black Moon Lilith, Mars, North Node. The implication is that this synergy blends realities or restrictions of the past with those dreams, creative goals, or ideals we’ve rejected or ignored (likely as too difficult for us to achieve on our own, considering the other elements of the Rectangle are Mars and the NN). This suggests that at this Full Moon time we should be looking at discarded dreams, reassessing them for viability, especially since the social sphere or the facts will show us the hard reality at this time (FM sq Jupiter)–and that means, we might be able to put them to bed once and for all, or go after them once again, if we recognize that it’s not only not too late, but that we really are equipped to go after what we dream of.

That Sabian for the Full Moon is, ‘A Prophet Carrying Tablets Of The New Law Is Walking Down The Slopes Of Mount Sinai’. Spiritual conviction takes many shapes; this Full Moon may clarify something about the ways we should or shouldn’t put those convictions to use, with the FM promised resolution bringing fresh insight to what’s most deeply meaningful to us at a spiritual level. This could involve a new dedication of our energy, a new intent or ‘law’ put into practice. We also look at the Sun symbol for a Full Moon: ‘A Royal Coat Of Arms Enriched With Precious Stones’. The source of the FM enlightenment may be our own striving to ‘rise above’, to attain a kind of nobility, or to simply become ‘cream of the crop’ in some area (likely related to the House in which the FM falls in the natal chart). 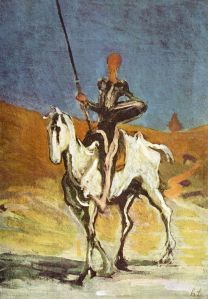 What occurs at this Full Moon eliminates something, reveals the Truth of a matter, and allows us to re-connect to an old dream or spiritual intent–and all while we at best wander a bit, and at worst tilt at the wrong windmill.