By Ferdinand Landerer CC BY 4.0

The New Moon perfects on October 27 at 4 Scorpio 24 at 8:37 PM PDT. It falls in opposition to Uranus, which is only 12 minutes from being conjoined by Earth (always spotted in the flat chart exactly opposite the Sun); it’s also in wide, separating quincunx to Chiron, and sesquiquadrates the Black Moon Lilith point that currently falls in Pisces. We’re on the verge of a shock, revelation, or perhaps just a burgeoning emotional experience that launches efforts toward fulfilling a higher goal or purpose. It’s a goal or purpose with a spiritual component or ‘mission’ (but then what do we do that doesn’t have that?) and it seeks deep and meaningful change or correction (Scorpio).

What we’ve ignored or denied about the creative life, the ideals, the need to express our originality and uniqueness, or to be part of the larger Collective make for a difficult Lunar event, one we might want to frame as ‘testing’ (especially if events are perceived as negative–the idea of being tested then shows us the important part is our response, not the event itself). The New Moon challenges the current feeling nature, and it’s from this tension that the new and likely startling events or viewpoint arise. New Moon circumstances irritate the wound, but also suggest ways to respond and adjust, offering a fresh take on an old injury to the ego or the ability to take action or to lead (Chiron in Aries).

The theme of this New Moon is ‘Disruption’, but as to whether effects of this are positive, negative, or a mixed bag is entirely dependent on the way the NM interacts with the natal chart. One thing we know with a Scorpio New Moon: we may have to go through an emotional ordeal, or experience primal feelings that take us to the depths of human nature (the Moon, Scorpio as a Water sign), but we emerge from that renewed, refreshed, remade–certainly not the same, in terms of the feeling outlook or perceptions. 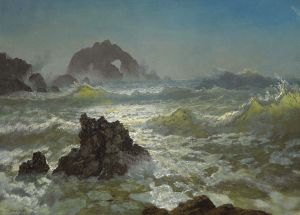 The Sabian symbol for the New Moon is: ‘A Massive Rocky Shore Resists The Pounding Of The Sea’. I suspect this describes our emotional reaction to Lunar events. We may resist suddenly changed circumstances, particularly emotional ones, or it may be that we resist implementing what ‘the group’ offers or demands, or what our own originality urges us to risk. This may represent an extreme instance when we must choose between rigid and complete defiance and ‘going with the flow’. Just know there’s no right answer, just what’s right for you.

Bonus: if you have a natal point or placement at 18-21 Gemini (any minutes past the 21 degree point or before 18 means this isn’t filling in the configuration, and so isn’t valid for you), the New Moon offers a very personal result centered on the uncovering of or facing of some ignored, denied, or enraging issues, possibly resulting in gossip, revelation, or network shifts or support (Gemini) that brings a new emotional state or feeling, one that could be a shock, or that shifts the emotional perceptions to a ‘Higher Mind’ state or that unites you with or marks you as entirely separate from ‘the group’ (Uranus opp). The involved natal body or point energies combine with Black Moon Lilith’s righteousness (justified or not) or rage to create the New Moon emotional result, or if one rejects her energies, the act of denial or ignoring of reality forms the base to a Fist of God/ Thor’s Hammer, with the New Moon bringing the result of that interaction.

Or, if you have something at 2 Gemini, it forms the base for a Finger of God with Chiron, the New Moon’s apex suggesting the potential for healing, especially to the way you think about something or interact, socially or sharing information, with others. 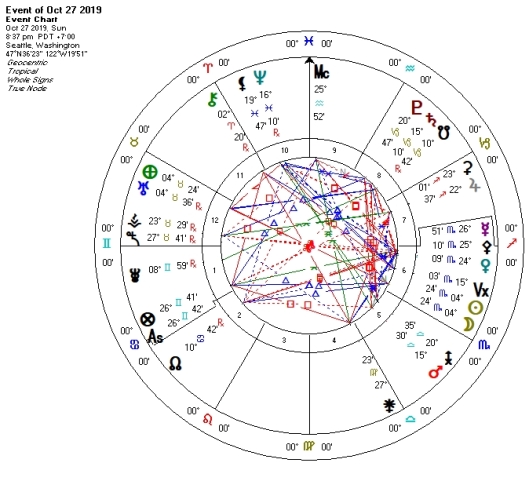