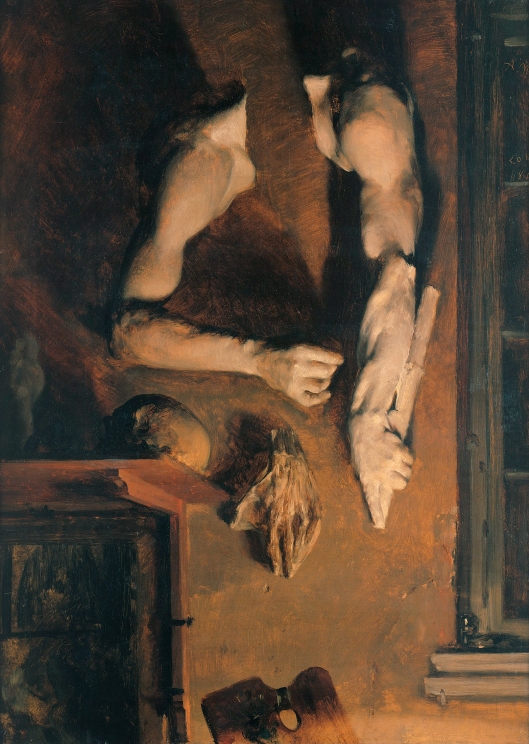 It’s the same old story: the Sun and Saturn meet, this time in Scorpio and opposed Earth-Sedna, and the hand-wringing begins–and who can blame us? Most people have a special kind of anxiety surrounding Saturn; they see him as the zodiacal meanie, a paternal figure who never got beyond finger-shaking admonitions and curfew impositions and grounding those who didn’t follow ‘the rules’. The thing is, though, that the more we resist Saturn, the more we refuse to exercise personal Self-discipline, the more that disowned energy pattern shows up externally, in the circumstances of our lives. We tend to pick and choose our disciplines, and we tend to think one form of discipline ‘makes up’ for other, looser areas of conduct. The highly-trained yoga instructor who doesn’t bother to pay her bills on time, the accountant who tracks every penny and always pays on time who throws down his trash wherever he happens to be, the Artist who executes highly disciplined work but who hasn’t seen a doctor or dentist in years–all are choosing a single area in which to show restraint (and you’ll notice, it’s an area in life they believe is important, and see as a statement of the spiritual and of identity) and treating with disdain other areas of life–and in their choices they may show disrespect for others, for themselves, or for both. They are acting out their beliefs, and are engaged in a very Saturnian thing: judging some areas as important, others as not–and then they are surprised when the Universe comes along and says, “Oh, look over here–you don’t have your shit together, and now it’s going to hurt/ cost you/ keep you from moving forward.’

Some people like to say: Saturn’s stopping me from the outside; there’s nothing I can do. Au contraire–the externals are merely reflecting, usually in highly concrete ‘language’, what it is you are denying within. Yes, to lack discipline is a form of denial; it’s a statement that tells the Cosmos you refuse to contain, form, shape, or organize a particular portion of your life. But what about those who are doing their best, who are not (as far as they are aware) ignoring any pocket of their life? When they suffer, we have another possibility: if they are not being honest with themselves, if they have arranged their energy usage in a manner that’s artificial in relation to their Beingness, they may find Saturn coming at them from all directions–and quite often, it is because their real-life behaviors don’t match their life philosophy, stated behaviors, and/ or their beliefs about themselves. The dissonance creates a negative vibrational space into which Saturn stuffs the ‘material’ of the deficit, the lack in your life; it’s as if Saturn fills it in, and keeps what’s missing out. If you are suffering a lack, the obvious (but often totally effective) thing to do is to take a thorough look at your own attitudes and behaviors surrounding the subject of that lack. If you long for freedom but train elephants for the circus, no matter how well you treat them, there comes a point when you need to acknowledge that these animals are not meant to be subjugated–they need freedom, too. If you long to be loved for who you are but are a coy game-player with others, how long before you see that, if they can’t see you as you are, they can’t love you? If you find you never have enough money, in what way are you stingy with others? And all these involve a spiritual component, a kind of Saturnian judgment that, when exercised out-of-balance by the individual, results in restriction.

Saturn is your friend. For these two days, it shines a bright light on what is, on your reality, and it shows you, through the material world, what needs to change within. That’s not harsh, that’s not mean, that’s life–and anyone determined to turn away from it is probably having a Saturnian crisis of their own.

To get the forecast, articles, and more, please subscribe!