New Year’s Eve and day share a Scorpio Moon, ripe for intrigue and bringing matters of hidden or ‘power behind the throne’ realities, as well as ‘powerful anima‘ or ‘powerful women’ scenarios to the fore as it glides over both Ceres and Venus. Exercise care at the equivalent of early AM Pacific time of the 1st; that’s when the Moon sextiles Pluto and conjoins Ceres, when we may grapple for authority or struggle for supremacy (over others or Nature itself) without even realizing we’re doing it.

If we treat the New Year’s day aspects as general harbingers of the year ahead, what we see is stress, a suppressed vitality, constraints, serious questions, and the need to adjust and resolve in order to move forward. We might want to pay particular attention to the forming Jupiter-Neptune square, first perfecting on the 13th, shaking a confused, faith dissolving, or overly optimistic fist at the future (NN apex Fist of God). It suggests it may be about two weeks into the new year before we confront our own beliefs, attitudes, and delusions, a point where we find we must act to reconcile potentials with the odds of making them realities. 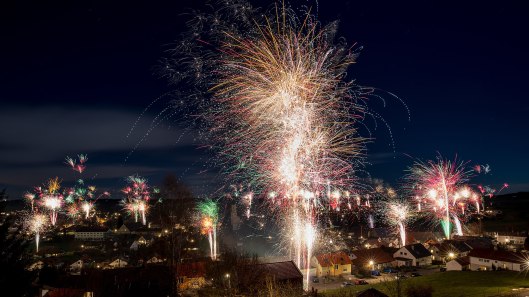 The New Year also brings a need to be flexible in fitting our status to our ambitions, and vice versa–that is, keeping desires and aims proportional to our actual ability to make things happen. Though it may sound discouraging, it’s in doing what we can that we open the way to do and achieve even more. Nothing is ever gained by sitting on our hands and mourning the power we don’t have.

We also need to be open to the messages the reality picture delivers, to the knowledge we can easily distill or intuit from real-world matters before us, and commit to making as conscious as possible what we ‘know but don’t know’ about our circumstances. The better we are able to sort ourselves and our reality out now, at the year’s beginning, the better we will be set to weather the other two squares (not to mention everything else we will encounter!)

(Juno qnx Zeus, Chiron contra-parallel Juno, Sun conjoined Saturn and both sesq Sedna, Jupiter and Neptune in a loose square forming base to a Fist with apex NN)

With two more instances of the Jupiter-Neptune square set to occur in 2019, we can use this aspect as a kind of marker that will show the potentials for handling ‘the facts’, dreams, faith, and the tendency to obliterate ‘What Is’ with fantasy, delusions, or outright lies.

The second square, which falls on 16 June, shows Saturn closely sextile Neptune and Neptune trine Mercury-Mars in Cancer (which places this duo quincunx Jupiter). The implication may be that both Jupiter-Neptune positives (a capacity to maximize the dream within the reality picture of both fact and belief, optimism and creativity applied, opportunity to create the ideal) and negatives (delusion through belief, opportunity misunderstood or improperly exploited, the facts in direct conflict with the dream) find real-world expression, and that thinking and actions are driven by the conflict between Jupiter-Neptune. This suggests the square is hugely important in understanding what we may face as a society (Jupiter), as well as what will affect us at a personal level. Thinking and action are both oriented toward what we care for and want to nurture (Cancer), at this point; that presents its own challenges, along the lines of unacknowledged emotionalism and blurry boundaries.

The final square, set for 21 September, finds the Black Moon Lilith point very close to Neptune. That suggests a whole lot of resentment, anger, and vengeful energy behind our imaginings–so it’s more important than ever that we have firm ideals and are honest with ourselves over what really is. The temptation will be to allow rage to fuel creative activity–but that can too easily tip into destructive or unrealistic efforts meant to ‘even the score’, rather than aiming to conduct ourselves (and so enhance our world) by ever-reaching for the highest aim possible.

We’re better off addressing a couple of highlights between now and the eclipse, rather than having exhaustive aspect analysis, simply because not much happens, and the building tension toward the Lunar event really garners most if not all of our attention. On the 2nd the standout is definitely a Pluto square to Zeus, reminding us how easily our attempts to exert our power can turn destructive as we seek desire fulfillment. The 3rd shows Venus trine the North Node and opposed Sedna, suggesting we may refuse to listen to our instincts in relationships and/ or financial matters, and so map out our future. This day also sees Mercury square Chiron and trine Uranus, warning us that internalized messages of hurt could prompt spontaneous utterances or ideas–and that can be truly Self-sabotaging, if they are born on a wave of upset that we likely aren’t full aware of. With any luck, though, processing those spontaneous thoughts could yield some entirely new approaches, especially in thinking and reasoning. And for the 4th we see Merc enter Capricorn and the Sun sextile Neptune, taking thinking in a practical vein and offering a better-than-recently-has-been base for creative effort, including pursuit of the ideal.

Next up is the second part of the Cinderella Point, and then the New Moon/ Partial Solar Eclipse!