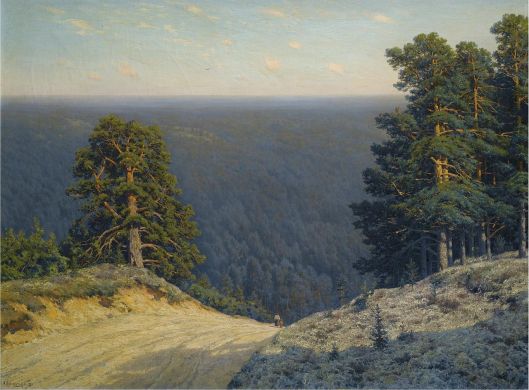 The station of any body, as it prepares to take up apparent contrary direction to its previous path, fosters a lot of tension. Just as we must exert extra energy to stop something already in motion (extra, compared to what it takes to set it in motion in the first place), we find the same symbolic dynamic at work with a planetary station. We feel the drag and resistance, even though no such thing is physically occurring–we feel it grind on a particular natal spot and we wait, poised for the relief (because it will be relief, whether it’s considered ‘good’ change or not).

I don’t want to say we’ve gotten used to the monkey on our backs Merc retrograde has been over the past three weeks, but I think we have, as each day has felt like a week, courtesy of the Piscean placement that disconnects our minds from reality and plugs them in to fears, fantasies, deceptions, making it ultimately impossible to trace where messages and perceptions are coming from–and to be fair, hooking us into our creative potentials, as well. Now, we find ourselves asking, ‘What’s really the smart thing to do, the smart direction to go?’ Our answer involves some misdirection of our attention, a little contrary impetus of our own.

Will your unconscious choose the shock, the surprise, the revelation, to shake you out of your Merc retro doldrums? Or will it be the way relationships defy their usual contours, or finances take a sudden leap in one direction or the other? No matter, one of those options is what we need to jump start our minds, to put that creative energy under conscious control, to sort out just what the hell has been going on around here.

Today’s word image is a boy who opens a parakeet’s cage, reaches in, grasps the bird, then removes it from the cage, closing the cage door, and releases it. Some might see this as an image of liberation–but how freeing is it to put something out into the world that isn’t equipped to live there? Everyone’s definition of what makes them free is different; just because it doesn’t look like it to you doesn’t mean that someone else’s ties, agreements, subjugation, cooperation aren’t exactly what they need to liberate some other part of themselves–and that suggests: withhold your judgment of someone else’s circumstances. Sometimes we cling because we want to, sometimes because we believe we must, but always in service to a genuine need, even if that need has become as distorted as a thoroughly domesticated bird’s, a creature concerned not about some nebulous freedom, but about surviving in an environment it can handle.

For those born with the Sun at 08 Aries (check your natal chart for your Sun degree!) Some tough emotional conditions this coming year, through to your next birthday, are slated, not to torment you but to shape you so that when the reality picture reshapes itself (which it will for you, relatively soon) you’ll be emotionally ready not just to handle it but to react quickly, appropriately, and to get a significant head start on others because of your newly forged, sturdy emotional nature. That doesn’t mean you’ll be hardened; quite the contrary, you’ll undergo some intuitive fine tuning that will offer you a distinct advantage in your chosen arena. The challenge, then, might be to get your head on straight about the reality situation in that arena, to sort illusion from the facts–a tougher proposition than the emotional one, but necessary if you’re to access the most ‘tuned in’, instinctively astute actions and choices possible.

A fan of the site? You might want to donate, ‘Like’ the page on Facebook, offer a review of one of my books at GoodReads–and no matter what you do, have a wonderful day!