That eclipse opened the floodgates, didn’t it? ‘Flood Sufferings’ By Aby Altson {{PD}}

I don’t know about you, but the eclipse knocked me out, physically, mentally, and especially emotionally. I had to step away for a few days, and apologize for not letting you know ahead of time–even I didn’t know it was going to happen, and when it did it was all I could do to be in the same room with a computer, never mind actually writing something! And in reality, I think the eclipse cast such a long figurative shadow that we all needed to process, process, process–and I don’t think we’re done yet.

That Capricorn cluster of Ceres-Pluto-Saturn reverberates, and will for some time. Brace yourself, as it’s so pervasive, so domineering in terms of effect, that it’s likely to take multiple forms, and has the potential to ripple out for up to 6 months (through to the next eclipse set). It’s about both personal and large-scale Power expression, the impact that has (or the way we’re held back from making an impact) in real-world circumstances, and Mother Nature, from a micro to a macro level, undergoing serious change and flux. This will reveal itself in so many ways; fear may precede revelation with this energy, which implies that staying calm opens the door to understanding, and so to a useful inflow of information/ perception. On the 13th opportunity is available; look to what grabs your attention–that’s where the openings are.

As I write, Venus is poised to leap from Aquarius to Pisces–moving the relationship and financial tone from intellectual Air to immersive Water, the sign of this goddess’s exaltation–and that too may be feeding tension the 13th. Anticipate a ‘new lens’ slapped over relationships and finances, and so different feelings to surface. We’re likely to be both more intuitive in these areas, and also too easily overcome by any propensity for run-away imaginations.

By the 14th we’ll be challenged to stick to what we know is wise or practical, as we may be troubled by anything we’ve ignored or neglected. If we dwell in integrity, there’s nothing to fear, and the mind is aligned with instinct in a most beneficial way. 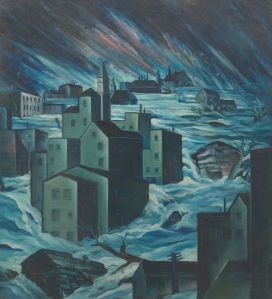 Both 14th and 15th we may find our Will, our actions, or our ego impulses slowed or stopped by external forces; this might be both a show of Power, cluing us in to who really has the reins, and to the ways in which creating the future we want may depend on us modifying our efforts now. Go after what you want, anyway; the serendipitous and the spontaneous carry benefits, and a show of spark may persuade others to put their money on you.

The 16th we see no new major aspects formed, but we do see both Mercury and Pallas in the stressful 29th degree (Merc in Capricorn, Pallas in Sagittarius), suggesting that communications and our own internal source of guidance and wisdom could be under pressure. Information and the ability to process in organized and specific ways could be constricted to a choke-point that could induce panic, and fear that we ‘just don’t know’, that we don’t have the smarts to process the facts or to take advantage of opportunities could be strong. It’s a matter of staying calm and balanced (Moon in Libra) and taking advantage of today’s forming Sun-Sedna trine, which offers illumination through listening to that still, small voice within, the one we know as instinct, the one that ‘knows but doesn’t know’–and yet does, if we can acknowledge the possibility that the mind isn’t the only conduit through which we can receive information. The real-world holds rewards, and today, they may be right in front of us.

Have a lovely week, my friends!