astrology, Good Day To . . ., Saturn in Aquarius, The Astro Essence

The 28th is a Good Day To . . . listen to the facts, because that’s where we find the essence of wisdom, as well as the smart thing to do. We may be inclined to base action on belief, but the reality is that we honor our values by basing choices on knowledge, rather than faith–and honoring knowledge fosters natural change, and in change we find (fortuitously, almost ‘accidentally’) both Love and Money. A different formula than we might otherwise follow, but one that is aligned with rewarding those who respect what’s smart and practical, and so contribute positively to the social order.

Not much new emerges in terms of perfection between transiting bodies on the 29th, so now might be a good time to take a look at the impact of Saturn’s recent ingress to Aquarius. First I want to say that even a major zodiacal ‘heavy’ like Saturn changing signs doesn’t actually change much beyond the ‘background hum’ the shift in lens provides, at least at an individual level. For each of us it’s Saturn’s relationship to our natal planets and points that really counts. When it reaches orb of our various placements, Aquarian Saturn exerts one of three potential influences: it suppresses/ delays matters related to or ruled by the affected energy or indicated by the natal House it’s transiting; it denies or removes something that appeared to be feasible in relation to the contacted energies, placement, and rulerships; or it manifests/ brings into reality a related something applicable to transited House or point/ body of the natal scenario. Saturn either takes ‘it’ away, or makes it concrete, with the possibility that the form it takes wasn’t exactly what you were imagining. 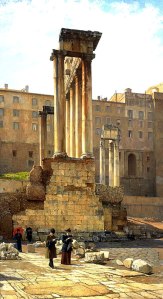 In each case, the effect often registers abruptly within our consciousness. It seems the Saturnian ‘turn’ comes out of the blue, but it’s really that we have been ignoring realities, charging forward, sure we’re going to make it–hard headed, as we embody a Saturnian state–and now the Universe reaches out, stops us, and this is consistently (whether we understand it or not) to our benefit.

In Aquarius, Saturn, maven of rules, regulations, and restrictions, may cut loose, temporarily releasing chaos, or making change through rebellion, as the status quo is tested. What’s ‘old’ may be mistaken for revolutionary, and what’s firmly established may put a ‘modern’ face on things. Dangers center in adhering too strictly to the letter of the law (the Aquarian fetish for taking an intellectual approach too enthusiastically applied), to see a radical change to the status quo as positive, even when it might throw everything into a negative chaos, and abruptly quitting long-term efforts or established relationships, especially of the individual to a group.