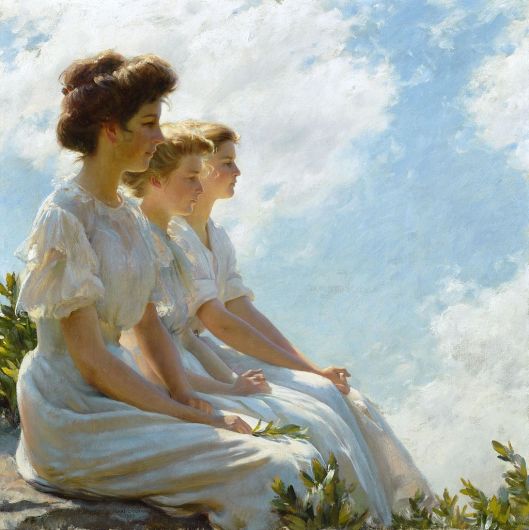 The AstroEssence: Everything smart tells us to retreat to the past, to give up on our ambitions–but how smart can that feedback really be? This is one of those times when all we have to do is keep a fix on our dreams, on the ideal, on healing, and it will be ours–so why the negative, give-it-up tone from our surroundings? There is a certain, contrary pressure that seems to build that manifests right before a big leap forward, or in the time just prior to achieving our dreams; most people succumb to this, believing they’re getting a clear signal that things aren’t working–the rest hold on, and get what they set out to attain. Now that begs the question, how do we tell the difference between a legitimate discouragement meant for our good, and this kind of false assessment? It’s all in understanding one’s own development phase: if you have reached a point where ideas and efforts have been tested and refined, and you receive negative, give-up-now feedback, you are actually at the point of breakthrough. At any other point in development, this would be something to listen to and respect, but at a culmination, a near-end point, it’s not. It’s not necessarily easy to tell the two situations apart, but one thing that seems consistent with the ‘ignore it’ scenario is that you will hear from others, often those who are not successful at all in real terms, that you should give up–and if you look closely at them, you’ll realize they want company in the ‘should’ve, could’ve’ world they occupy–or if the social order is telling you your idea is daft, consider how much they benefit from separating you from your instincts and your connection to the Universe–and it’s the same with many whose feedback is discouraging. As always, assess with care and honesty–and then do what makes sense, in the context of your situation, and their response (Pallas conj SN and sesq Zeus, Jupiter contra-parallel Sedna, Venus parallel Neptune and semi-sq Ceres, Mercury qnx Vesta, Sun sxt Chiron and axis T-square Jupiter)

Today’s word image is, once again, the dregs in a teacup, this time making a smile that also looks like a quarter Moon. My sense was this is a waxing quarter, placing it at 4 February. It may simply be: watch for something positive or good, something that makes you smile, to come forward at this point.

For those born with the Sun at 21 Capricorn: Wounds will heal, and gifts develop, if you’ll only think of yourself for a change; the social order, and authorities empowered through your efforts, may both fight against this, but the reality is that this coming Solar year, through to your next birthday, needs to be a time when you concentrate on You–and that may mean having the courage, wherewithal, and Self-discipline to go it alone. Bonus: be very cautious in communications–don’t believe everything you hear, and don’t tip your own hand. Good luck, Cappy, and Happy Birthday!