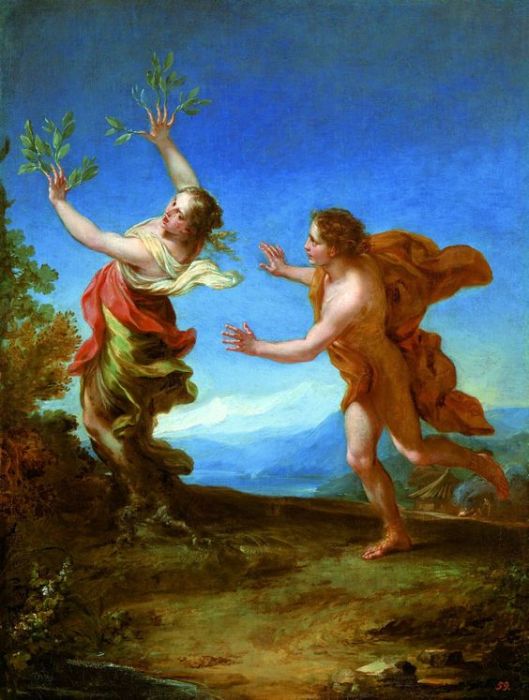 There’s an influence running through our lives, just out of sight, and we need to identify it and its potential effects. ‘Apollo and Daphne’ By Benedetto Luti 18th century {{PD}}

Our imagination runs away with us; it’s as if we so dislike reality (or is it that What Is is so at odds with our wants?) that we act erratically, off-the-cuff, and this affects relationships and finances, possibly clearing the air and setting things in a good direction. Wow, I didn’t expect that to come out like that, did you? Enjoy your week!

Today’s word image is a mole. Do you think of the burrowing animal, a spy of some kind, a saboteur, or that thing Austin Powers couldn’t keep his eyes off of? For the most part, those have an element of the hidden about them. Is there something exerting a surreptitious influence on proceedings, something you’ve been ignoring as harmless when it could have a big effect at a later date? If something springs to mind, that suggests it’s in need of greater scrutiny for what it could bring about. And if it’s an actual mole, maybe you want to get it checked (or banned from the garden, if it’s the other kind!)