The Full Moon in Gemini falls on the 3rd at 7:47 AM Pacific time at 11 Gemini 40, and in spite of a host of other aspects forming this weekend, dominates the atmosphere, at least in part because of its to-the-degree connections to Neptune (to which the axis forms a T-square) and Jupiter (quincunx the FM event). Too, Mars and Juno-Hygeia form the base for a Fist of God with the Full Moon as apex, and Uranus-Pallas, close together in Aries, form a semi-square to the FM, and it all happens roughly 9 hours after Mercury’s apparent motion shifts to retrograde–and that’s all, but damn, isn’t that enough?

These contacts promise that what culminates, ends, presents itself completely formed, or resolves will challenge us on a creative, spiritual, or idealistic level, presenting us with a scenario that forces us to act in a way that defines one or more Neptunian areas (including those areas ruled by Neptune in the personal natal chart)–and that shows us the way our beliefs need to be modified, and/ or the facts accommodated (Jupiter quincunx).

The Fist smacks us with an issue centered in conflict between a healthy sense of personal authority and aggression or egocentricity, our own or others’. Our natural reaction is to fight an incursion on our autonomy (or what we believe is our autonomy, if we are in full-ego mode), in this instance with the resolution offered by the circumstances of the Full Moon, and as with the rest of the activity, the focus is likely to be mental (Gemini), as we process the meaning and implications of what’s occurring. However, the status of Mercury, newly retro, suggests that even if we seem to see the whole picture, understand the facts or issues, or know the lay of the land, we can’t possibly–it’s almost guaranteed we’ll be making choices blind (relatively speaking), and under stress (Merc retro at 29 degrees).

The semi-square may be the most prominent bit initially, as it suggests sudden actions taken at an individual level that are either very wise, or very stupid, precipitating all the other Full Moon effects (though Mars opposed Uranus on the 1st, then opposed Pallas, contra-parallel Uranus, and and quincunx Sedna on the 2nd, followed by a sesquiquadrate to Neptune on the 3rd, scream of a possible series of bad choices, or possibly out-of-control or hyper-spontaneous or deluded ones, that lead to that precipitating move). 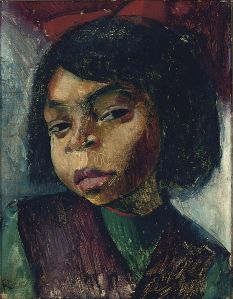 The Sabian for the Full Moon is, ‘A Negro Girl Fights For Her Independence In The City’. Set aside the antiquated language, and we have the image of someone who, in Western society (‘The City’), might have to fight much harder than others do to gain her autonomy, or even to get adequate consideration. Again, we have the ‘language’ of the Fist, and the need to guard our own healthy sense of personal authority. This suggests that the Full Moon result will create the need for struggle, and possibly also the personal need to declare one’s independence from something or someone that has exerted undue influence, held an advantage, that has ‘kept one down’ for far too long, or that is now trying to impose their Will (echoing the Fist and the Mars activity leading up to the Full Moon).

The Sabian for the Sun, which originates the light that makes the appearance of the Full Moon from our stance on Earth possible, is, ‘A Flag Turns Into An Eagle; The Eagle Into A Chanticleer Saluting The Dawn’. To my mind this suggests that at least some of the Full Moon circumstance/ what draws our attention at this time is related to the political situation in the US. We see a sense of country morphing into a rather aggressive symbol, that then morphs into a crowing rooster–a step down for the eagle! The eagle maintains a certain dignity–seeking prey is part of what it does, so no one should be surprised that it indulges in predatory behavior perfectly reflective of its nature. A rooster, however, makes a lot of noise, crowing about something (‘The Dawn’) that will occur whether he announces it or not–so in a way, almost as if he’s taking credit for it. Sound familiar? If you live somewhere else, your conclusions may vary 🙂

Mercury retrogrades very late in the evening Pacific time of the 2nd, at 29 tense degrees of Sagittarius, possibly causing us to question what we know, or to explode over what we find out! What we need to be aware of is that, whatever happens, it’s something we need to know. Once Mercury picks up retro speed it will run right into Saturn–and that hints that what we learn with the retrograde will help us deal with some obstacle, or some facet of the reality picture–so we’ll end up being glad, even though initially the revelation may be stressful.

The only other thing I’d like to mention is the Jupiter trine to Neptune on the 2nd. This could be an island of ideal opportunity, creative expansion or outreach, or expanded expression or sense of spirituality, that comes forward in the midst of mild mental chaos, or it could act to exaggerate delusions or misperceptions that will fuel those Martian choices, actions, and so results, that come with the Full Moon.

Have a wonderful weekend!