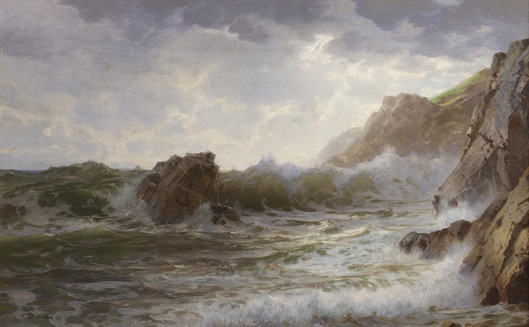 With Merc turning around today, the 22nd, in apparent retrograde (shortly after 5 PM Pacific Daylight Time), we may find ourselves disoriented, just a bit, and in the coming few days we meet some challenging aspects that may feel tougher than they actually are, due to Mercury’s withdrawal of mental continuity and reasoning support. The squares of Venus to Pluto on the 23rd, and the Sun to Mars on the 24th, might engender more confusion initially than anything else; is it you or me, we might be asking, who’s angry, feeling cheated or cheated on, ready to burn it down or fight it out, or is that just a kind of hangover we’ll be suffering from the loss of mental focus and acuity? If we stop and look at each situation carefully, what we’ll see is that we’re reacting to a whole set of suppositions and maybes based on our own extrapolations and fears–the reality picture won’t support these, so a step back and a deep breath is in order.

There’s also a sesquiquadrate of Chiron to the North Node point on the 25th that may make us much more reactive than we should be, hyper-sensitive to the way our wounds may alter or even hobble our desired life direction. So where do we put our energy, where is it all going right? For the 22nd, it’s steady on, allowing instincts to speak and actions to be guided by optimism (Pallas conj Sedna, Mars nov Jupiter). On the 23rd, thinking is still steeped in wisdom, even though ideas may be disjointed or processing sluggish (Merc nov Pallas) and effective actions arise from past choices (Mars nov SN). Too, our values are intact, unsullied by ambition or rank desire (Venus contra-parallel Zeus), making appetites something of a guide, in spite of the potential pitfalls of Venus-Pluto. This plays on through the 24th, as Venus parallels Sedna, continuing the harmony between wants and instincts (with the shadow side being that those same wants may lead us directly into our ‘blind spot’). That’s the day when we may have difficulty seeing what’s motivating our choices and actions (Sun sq Mars)–so something to keep in mind, even as we might benefit from going with the flow. By the 25th we get a big boost to Self-esteem and expression (Sun trine Ceres); personal authority opens doors and empowers in both inner and outer ways. We stumble into luck (Venus qnx Jupiter) and find that restraints and rules really are for our benefit (Saturn sxt Hygeia), which only shows once more why holding back during Merc retro can be effective for any number of reasons.

Have a great weekend, and set your sights on Monday; it’s one of those days: visualize what you want, and with caution, you just might get it!

And here’s a weekend word image: A printed sign in a field, announcing a development to come, and someone has written across it, ‘Nothing is Real’.