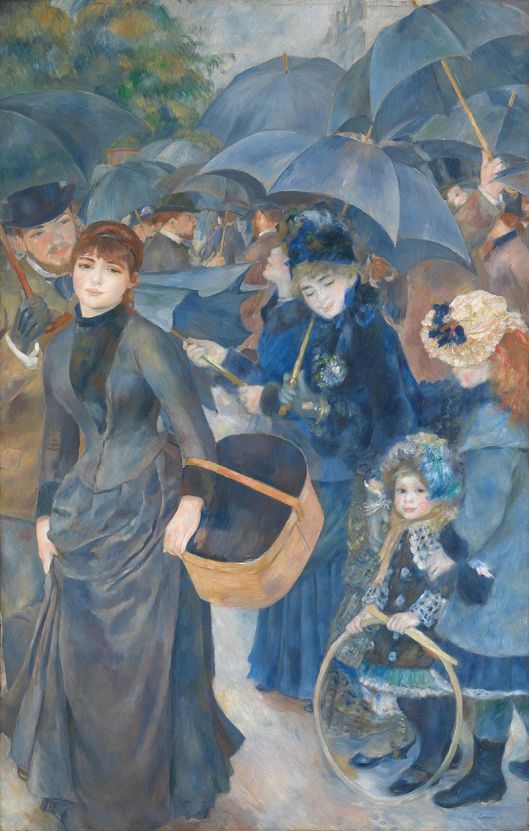 Pluto stations direct today at 16 Capricorn 51, in a planetary pantomime similar to a car that was backing up that stops moving, switches into drive from reverse, but hasn’t yet begun perceptible motion forward: things have changed, but we may not be able to see that, yet. Typically Pluto is background noise, a lot like this measure of Cosmic radiation, persistently there, but not especially distinct; the shape of the Plutonian influence is a wave, not a singular, isolated event, something that washes over, permeates everything, but has a source it’s impossible to pinpoint. You know those times you’re walking around frowning, until you become aware of a kind of pressure on your brow? That’s the Pluto retrograde, exerting its influence, and it’s a lifting of that pressure, equivalent to realizing you don’t need to be so tense, that constitutes the direction. The heaviness that’s lingered for so long dissipates, likely felt either in the House Pluto rules in the natal chart, or where it’s currently transiting; those subjects can suddenly seem less maddening, less compelling, less urgent, with transformation of the energies coming almost unbidden–not necessarily ‘cured’, but certainly less serious. All the gloom may not be wiped away, but there may be the barest frisson as we realize it’s definitely getting lighter.

This Plutonian shift occurs in the midst of two contradictory pulls, one toward erratic, unwise, unthinking behavior, likely blamed on externals, one toward thinking that we’re honoring what we care about–but it’s in the disparity between thought and reality where our problems lie. We can bridge the chasm by acknowledging that we don’t need to be all-powerful in order to have an impact, and for once thinking may not be our best option–instead we need to concentrate on what’s right in front of us, and deal with things one at a time, rather than retreating to ruminate, ponder, and disconnect. 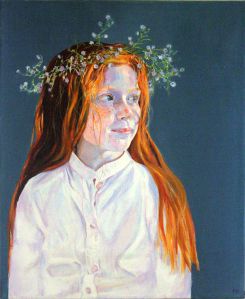 Not quite the kind of crown we’re talking about. By Pia Ranslet (original painting and photo thereof) – Pia Ranslet, CC BY-SA 3.0, https://commons.wikimedia.org/w/index.php?curid=17530407

Today’s word image is the phrase, ‘Heavy lies the head that wears the crown’, which is actually a misquote of this, from Henry the IV, Pt. 2: ‘Uneasy lies the head that wears a crown’. Is there any real difference between them? Yes, there is. The misquoted version suggests a Plutonian sense of responsibility, that a ruler is burdened by the very fact of being ruler; the actual quote suggests something otherwise, that the one who wears the crown can never rest, with the implication being that their position can never be secure. Why has the saying morphed in popular culture? There may be a tendency to believe that those in charge have great privilege and power, so mustn’t complain of responsibilities–which ignores the original meaning of a ruler actually being a target, the position a precarious one. Maybe this is about an assumption that those who have owe us, or about us forgetting those in charge have problems, too. Is there a place in your world where you see someone as having, and therefore owing you? Do you feel others see you that way? How uneasy are you with your own ‘power position’? And do you, or do you not, want to ‘wear a crown’, based on your beliefs about what that entails?