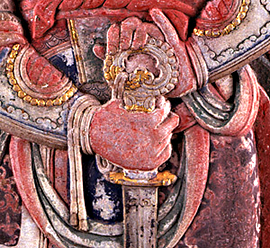 Though to some of us this may sound like the concept carries an inherent contradiction (it doesn’t–I’ll explain in a second), sacred aggression may be the stance initially taken as Mars conjoins Vesta in Sagittarius, even as a close square of these from Venus ups the conflict ante. Now to the supposed contradiction: we may mistakenly see something sacred as automatically implying something peaceful–but if we make that association, we need to realize that it’s not a given; in reality, we aggress and defend almost exclusively over sacred territory. It may not seem like anything serious when Jane is angry over a stranger’s remark about her parenting skills, but if Jane carries the idea internally that she is a conscientious and dedicated mother, then that role is likely something she sees as sacred to her Self-concept, and so something to aggress in defense of. Likewise, criticism of Joe’s choice may make him (seemingly unreasonably) angry, but if his concept of ‘being a man’ includes the idea that his choices are inherently the best choices, then his disproportional response may be in defense of a core (and so sacred) Self-concept. Today we may see most everyone engage in this. We may fight for what we believe in, for what we honor and find sacred, and for what the ego wants to see as sacred; we are vetting the facts and our own beliefs, defending what is even as we explore what may be, and this is especially so in relationships and/ or finances, where the potential to learn more (Sagittarius) opens up not just conflict (the square) but possibly change, as well (Sun sextile Saturn, fixing our attention on reality, its parameters and barriers).

We have another major factor at work here: Mercury is conjoined and parallel Neptune, suggesting the mind is focused on the ideal in many forms: the spiritual, the creative, the Oneness of All, on potentials glimpsed in dreams and fantasies–but with the possibility of thoughts and perceptions being overwhelmed by the deceptive, the confusing, the nebulous, the draining. So, it may be that the alignment of our mentality with high ideals and purposes may help keep our quest to defend and honor the sacred on its best track, serving its most evolved forms, and so allowing a kind of ‘Sacred Warrior’ stance that brings forward the highest expression of the individual.

We also see Mercury quincunx the North Node, sextile Pallas, and contra-parallel Sedna. That’s mostly good news, implying the mind will be keyed to wisdom (Pallas) and capable of keeping the future in mind (and so making choices that are beneficial–NN), with the only upset possible through one of two things: a rejection of the illumination switched on and unafflicted instincts can offer, or through allowing ‘blind spot’ material to seep into the thought arena, and so contaminate what we believe is pure. Not an easy day, but a tremendously important one, in terms of Self-understanding and expression of commitments, and offering a crisp gut-check on our own alignment with reality. 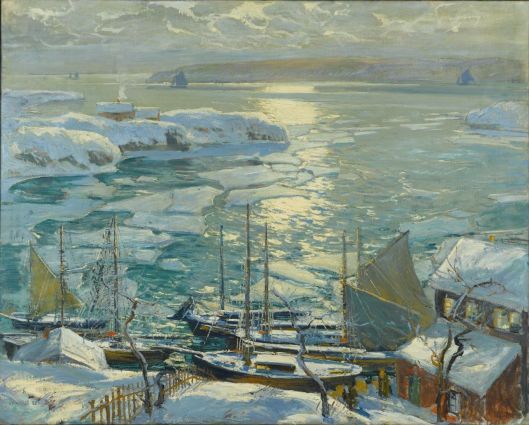 Today’s word image is getting to the dock too late–your boat has sailed. Well that’s obvious, right? What have you ‘missed the boat’ on? Was it recent, or a long time ago, and do you still regret it? Why? I have two thoughts here: one is that the Universe always works in our favor (though we may not be able to see that at the time), so there’s nothing to regret. Second, did ‘missing the boat’ spur you to do things differently, to change your behavior, or did it stop you from pursuing anything of this ilk again? What arose from ‘missing the boat’ is even more important than the lost opportunity/ event–which is why you should endeavor to look at what it generated in you.