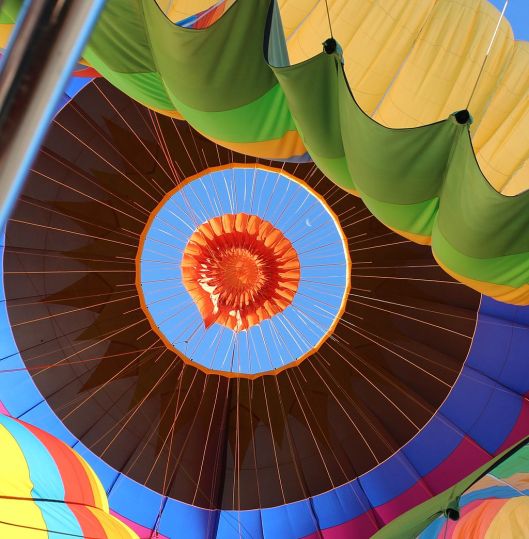 Here are the general forecasts for the eclipse set coming late this summer. Notice that the first two seem strongly connected; I fully expect events around the initial Solar one to lead directly to the events of the Full Lunar one that follows at the end of July.

The Partial Solar eclipse of 12 July 2018 (7:48 PM PDT) falls at 20 Cancer 41 as the Moon, Earth, and Sun align on the same plane, allowing the Moon to ‘eclipse’ the normally dominant Sun at their New Moon meeting. This event also sees Earth, which of course is always opposed the Sun, conjoined Pluto, making its opposition to the New Moon eclipse the centerpiece of the aspect picture; asteroid Zeus forms a T-square with the Sun-Moon-Earth-Pluto axis, and Ceres is semi-square the New Moon. A Solar eclipse, this one in Water, is a new beginning, and that can come gently, like a tide lapping at the shore, or fiercely, like a wave crashing on the beach—but in either case, it brings change, which may slowly pull the sand from beneath your feet, can knock those feet out from under you, and/ or could even wipe the landscape clean in a tsunami, leaving you in an entirely new place. Change, then, is expected, and with Pluto opposed the event and conjoined the Earth, the very ground on which we walk, we may want to be highly attentive to the mix of Water and Earth, emotion and the material, flow and static states, in our world.

This event in a Water sign also emphasizes the emotional component eclipses already carry, as they are mainly Lunar events, with the Moon playing the pivotal role, either in blocking the Sun’s light from us (a Solar eclipse) or acting as the screen on which we observe the blocking of the light (by the Earth, as it moves between Moon and Sun) in a Lunar eclipse. This Solar eclipse event doubles down on the emotional, psychological, and intuitive potentials, making us all naturally hyper-sensitive to the atmosphere around the New Moon. Symbolically this speaks of, in the case of a Solar eclipse, emotions themselves causing a blockage between the material world (Earth) and ‘What Is’, including purpose and intent (the Sun). The block is meant as a disruptor, a point at which the usual view just can’t be adopted, as the light in which we view things is suddenly radically different. We keep this in mind as we look at the particulars of any eclipse event, as consciousness about the larger scenario illuminates the smaller details of the single occurrence.

Here we have the sheer power of Pluto aligned with Earth—and of course this kind of aspect always makes me think of earthquakes or volcanoes—most likely of a personal, symbolic nature, and this directly opposes the meeting of Sun and Moon on the ecliptic, so that we have Earth-Pluto, a material or physical power situation, that is receiving no light, as the Moon prevents it. That suggests that at or following the eclipse we face a real-world challenge that we’re prevented from understanding by our own emotional response.

Too, the challenge puts us in a spot: not only is our authority to respond at issue (Ceres), but we see conflicts with our goals, ambitions, and/ or desires (Zeus). The Sabian symbol for the eclipse is, ‘A Famous Singer Is Proving Her Virtuosity During An Operatic Performance’. This not only speaks of the individual need to express ourselves in a way most characteristic of us as unique individuals—to ‘sing out’—with the eclipse challenge one of performance: show us your stuff! In the context of the eclipse, what we see is that the ability to convey who we are, our strongest and most authoritative identity (Ceres) expressed in an earthly venue (Earth-Pluto) is endangered by our extreme emotional response (the eclipse), which blocks an objective assessment of the situation.

The Earth moves, and we react—and that stops a clear understanding of what’s actually happening, and so of knowing what’s actually affected. The change that happens here is serious, but not necessarily permanent; we may do best to see it more as inevitable reform, events or revelations that present us with personal power and ‘territory’ issues we hadn’t yet faced, and conflicts with ambition fulfillment we hadn’t yet acknowledged. Taking that tack tells us that what elicits our emotional reaction at the eclipse could’ve been anticipated, if we’d realized the extent to which these matters, goal achievement and our power reach, needed our attention to begin with.

The Total Lunar eclipse of 27 July 2018 (1:19 PM PDT) falls at 4 Aquarius 44, forming just after contact to, and still within orb of, a retrograde Mars; the Full Moon is also in wide sextile to Chiron and wide square to Uranus, with the latter, ruler of the eclipse itself, forming a T-square with the Sun-Earth-Moon-Mars axis. The only other aspect made is a sesquiquadrate to Venus in Virgo. A Lunar eclipse is a Full Moon, and this one occurs in the crisp, intellectually-oriented, forward-thinking sign of Aquarius, suggesting the event delivers revelation or understanding. Since it’s conjoined Mars, what appears could be the consequences of our own choices or actions, as instituted at the inception point of the previous Solar eclipse/ New Moon, or it could be that what we come to understand drives a current choice or action, with consequences still to be seen. That preceding Moon opposed Pluto, suggesting a power situation revealed, and this Full Moon may be the personal response to it, something driven by our intellectualization of the events that we then act on or choose according to, as we see the outcome of the New Moon start.

The results as manifested at this Lunar eclipse point have the potential for wounding or for calling forth skills (Chiron), but in either instance they show the need to express the individuality, or to accede to the group (Uranus), and all of this is likely spurred by difficulties surrounding relationships, finances, or Self-worth (Venus).

The Full Moon Sabian is, ‘A Council Of Ancestors Is Seen Implementing The Efforts Of A Young Leader’. This suggests that the authority and experience of those who came before plays a vital role in showing us which direction to take; that is, we learn from the past, especially from the experiences of others, appropriate considering eclipses always fall near the Nodal axes, with this Lunar one conjoined the South Node.

Since this eclipse seems so directly connected to the one preceding it, we’ll forgo our usual inspection of the Sun’s Sabian for a Full Moon, since in this case our ‘source’ is the New Moon that came two weeks before. Instead we move on to the next and final component of this eclipse set, the Solar eclipse in Leo.

The Partial Solar eclipse in Leo falls at 18 degrees, 41 minutes on August 11th at 2:57 AM PDT. This event is conjoined Pallas—ah! ‘new wisdom’ is the result of the past two events—with the aspects offering a subtle picture of what it is we’ve gained. A new start in Leo is about ourselves and our identity, and those facets of the individuality that allow us to ‘shine’; the aspects made by the eclipse describe the nature of our attributes, the ways in which we can make our uniqueness known. What begins at this time also has an air of the practical about it, or a sense of skills possessed—but no matter what, a situation that allows us to be our Best Self.

The eclipse-Pallas sextiles Zeus and catches Ceres at the midpoint, even as it semi-squares Venus. This suggests that it’s in the act of reaching for ambition or desire fulfillment that we both gain authority and power and learn what needs to change in relationships or finances in order to make ‘it’ happen. Should we count this as base to a Finger of God, with a loose Neptune apex? Maybe, if we consider that what we likely need to do to fine-tune the ambition picture is rid ourselves of delusions, or utilize our creativity—that’s what can make the whole thing work together.

The eclipse is also apex to a loose Fist of God with base of Saturn and Chiron, and quincunxes Pluto. As apex, the eclipse promises that resolution of conflicts between the reality picture or reasonable restraints applied to our effort, and our own skill set or wounded nature (the latter possibly referring to unreasonable restraints that need removal), offers a ‘New You’, a  fresh expression of identity or purpose, and that this is also an expression of our own wisdom and gifts (Pallas). The contact to Pluto simply tells us adjustment is needed, whether we want to gather power, make a change, eliminate, or transform.

There’s also an Earth Grand Trine that hooks into the eclipse by degree: Ceres (semi-sextile), Pluto (quincunx), and Juno (square). This implies the eclipse may be a spark of sorts, putting into motion material matters that, one and all, are concerned with power and power expression. No matter what else is in play at this time, this Grand Trine reminds us that there are some very real material stakes here, and that even the most innocent of moves holds an ultimate goal of gaining or solidifying the ability to make the individual Will felt and impactful.

If we really want to get loose with things, we can also see that the T-square formed by Juno’s hard angle to the axis  becomes a Grand Cross if we pull Jupiter into the equation. This may remind us that individual development doesn’t happen in a vacuum; others to whom we reach out, look for reactions and interactions, and to get a measure of our own empowerment are part of the picture, and must be taken into account, especially when we think about how beliefs, knowledge, and the capacity to reach out and to accept what we consider ‘foreign’ all shape not just our potentials for success, but our view of our own adequacy, as well.

The Sabian symbol for this New Moon eclipse in Leo is, ‘A Houseboat Party’. That promises a celebration, once we’ve dealt with anything that’s not working on our path forward to Self-expression—but we should also note the party of the image is afloat—that is, hovering on the surface of the water, the symbol of feeling. That tells us that beneath the joy engendered by successful realization of our gifts, skills, and most unique qualities lies a body of emotion, one that it’s entirely possible to sink into, even to lose our joy to. That implies that after this sequence of eclipses we might have a whole new set of emotions to explore—and maybe entirely new feelings related to how we see ourselves (Leo).