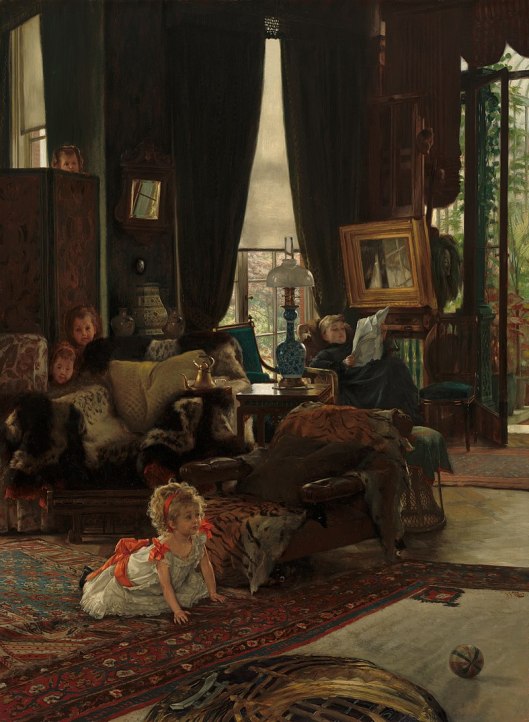 Nothing new perfects today, as we breeze along under the light of the waxing Moon. Instead of a forecast, I offer a re-print from the pages of ECLIPSE:

Misplacing an object is one of the most common mini-upsets we can experience. After all, we wanted that thing right now, and somehow it is not where (we think) we put it! Astrology can be exceptionally helpful in locating what’s gone missing, living or inanimate–though right now we’ll concentrate on a simple method for finding objects, rather than people, or even pets, as finding the living can get a little complicated.

We start, not with the moment we begin looking for the object, but in the moment when our minds form the intent of drawing a horary to ask the location of the object. So, after 45 minutes of digging through couch cushions and going on hands and knees around the room, searching for our keys, we sigh and say to ourselves, looking immediately at the nearest timepiece, ‘Where are my keys?’ We proceed to the computer with the time in mind, draw our chart for that time, and then inspect it for a few matters that can affect its reading, before we actually approach the question.

There are four classic indicators that a chart will not deliver a reliable answer (or that the astrologer shouldn’t judge the chart). Please keep in mind that there can be much variation in method from astrologer to astrologer, largely through each person’s own trial and error to find what works best for them, or in their dedication to horary from a specific perspective (such as following ancient proscriptions). Do not think that comparing methodologies will get you any closer to definitive rules! But, there are some rules about when it’s safe to judge a chart that can be considered Universal. Here they are:

·         An Ascendant that precludes learning anything new from the chart. This arises when the Ascendant for the question falls in the first 3 degrees of a sign, or in the last 3. With the 3 early degrees of a sign, we are looking at a matter that is in its infancy. The situation or circumstances are not developed enough to get a clear handle on–we can’t read what hasn’t yet taken shape. With the last 3 degrees of any sign on the Ascendant, we are notified that the matter is, in some essential way, already settled or formed. We can find out in what way by reading the chart, but in my experience these are always circumstances we are already aware of, and so the chart can add nothing to our store of knowledge about the issue. And as we know, should the Ascendant fall in the 29th degree, the querent (person asking the question), if not the situation itself, is under extreme stress (in fact, everything in the 1st House will describe the person asking the question. For example, if Mars is here, they are likely driven by anger, if Neptune, they are confused or distraught).

·         The Moon is Void of Course. This is when the Moon will make no major Ptolemaic aspect before leaving the sign: conjunction, sextile, square, trine, or opposition. For horary we look at applying aspects only, though the wonderful March and McEvers suggest that if the contact is less than 1 degree past exact it can also be counted–and my experience supports this. I also use the quincunx, as it’s telling of the need for change or modification to the situation in question before a final answer is available; it can often suggest the possibility of a desirable outcome, or conversely the denial of fulfillment, dependent on the querent’s choices and actions from that point forward–in short, it tells you that something can still be done to affect the question. A good way to think of the results of a Moon Void of Course chart is to say, ‘Nothing will come of it,’ based on the idea that the Moon drives the action. March and McEvers also note that, if the answer to the question can be obtained without referencing the Moon, then a Void doesn’t matter–this is in my opinion true.

·         Saturn in the 7th House, Capricorn or Aquarius on the 7th House cusp. Saturn in the 7th indicates that the one judging the chart (the astrologer) will miss something relevant and likely then come to a mistaken conclusion, make mistakes in calculation, or judge incorrectly some relevant part of the equation. Capricorn and Aquarius are both ruled by Saturn in ancient practice, hence the rule about these two signs on the 7th cusp suggesting the chart should not be read. I have read charts with those signs on the 7th House cusp, but with mixed results, and I have never read with Saturn in the 7th–both rules are worth noting and respecting–I follow about Saturn’s placement consistently, as well as when Cappy is on the 7th cusp, but since I use Uranus I don’t include a prohibition when Aquarius is 7th cusp ruler.

·         Moon in the Via Combusta. This rule is the one most likely to be ignored by modern astrologers. It’s based on the passage of the Moon through 15 Libra to 15 Scorpio, the claws and body of the Scorpion, and which area at one time held several malefic fixed stars. The stars have since precessed (moved forward) in the zodiac, but the area of ‘the burning way’ or ‘fiery path’ is still held to be itself malefic by some astrologers. This is one rule I don’t follow, but have caught myself more than once checking it out in cases where it might provide the answer to why a chart isn’t working!

Now we have the basics as to when one should just throw up one’s hands and walk away from a reading. If none of these circumstances occur when we draw a chart, then we have the go-ahead. What we need to remember is that a horary chart is, just like a birth chart, a snapshot of a moment in time and space that contains information–and in this case, because we are focused on a specific question/ set of circumstances, we don’t read the entire chart, we only read the elements associated with the question–that trims it down quite a bit, and makes lost objects a good place to begin to learn about horary astrology, because they typically involve only two parties, the person looking for the thing and the thing itself.

Some astrologers only use the planets visible to the naked eye, in the tradition of those who first formulated horary rules (which gives us Saturn as ruler of Uranus and Jupiter as ruler of Pisces), and many modern practitioners use the higher and lower octave method i.e. for Aquarius on the cusp of the 1st and so representing the querent, for example, the astrologer might examine both Mercury (lower octave) and Uranus (higher octave), and some argue against using the outer planets at all as they move so slowly. I find that the outer planets are indeed usable, as they can often represent a certain sluggishness, impermeability, or static quality of the matter or person they represent, though those who stick to the ancient rules do not agree, and I also often examine both higher and lower octave, and ancient rulers, for corroboration of an outcome.

To find a lost object we look at the ruler of the 1st, which stands for the querent (the person asking the question), the ruler of the 2nd, which is the usual House used to represent a lost object, and the Moon, which is always co-representative of the querent (except when another part of the question commandeers this significator) and also acts as an indicator of the passage of time, and so can weigh in on expected events or help us discern how long we might have to wait until we once again have the object in our hands. As well, the planets that rule the significators are important for what they might convey. One important thing to note which seems to be very true: we should not ask questions idly–some emotional impetus is necessary to bring the ‘urge to know’ forth at just the right moment in the mind–this way the timing of a question has some rhyme and reason behind it.

Tomorrow I’ll post the second and final part of the Horary lesson on finding lost objects.