The real focus today isn’t on how much power we exercise, but what kind of influence and effect we wield. It may be a matter of struggling with authorities in our sphere, trying to claim as much say as we can, or it could be that we struggle against someone’s inappropriate effort to exert influence over us, or that we struggle with ourselves over how much power our inherent authority conveys. No matter what, the one thing that opens the way to our most potent expression is through ‘natural’ roles, ones that mesh with our current standing, place in the world, abilities, skills, and that we are eminently suited for. That might be disappointing to some, but the reality is that unless we exploit effectively what we currently hold, we won’t get ‘more’–and to discard the real-world position in the hope that starting over deals us a better hand fails to recognize that we took the hand we were dealt and we’ve played it–and where we are right now is the result–meaning that the same central player, ourselves, won’t be any different than before, and that means that what we could make of things from a new start would likely develop along oh-so-familiar lines. That is, we have created what is in our lives right now; no matter what you think, a new starting point would have made very little difference, in the end. And that means we aren’t victims of others or circumstances nearly so much as we are conspirators with (or perhaps ‘experiencers of’) our own natures. 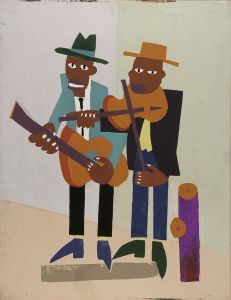 Today’s word image is: overhearing, and so being ‘forced’ to listen to, other people’s music choices. Do you go with this, or are you annoyed? Does your reaction differ according to the environment, your expectations, or what they are choosing to play? Consider that your reaction to this scenario may say something about how you respond to others’ ‘songs’, that thing we create and ‘sing’ by living. Do you judge, criticize, praise? Do you find it intrusive when others’ songs waft into your space? Do you deliberately not ‘sing out loud’, believing you’re more considerate, or out of fear? Is there something about your attitude concerning this you’d like to change?